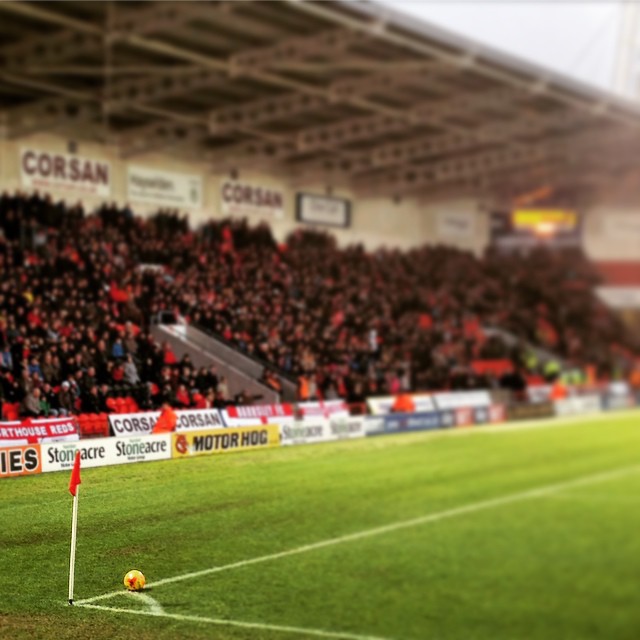 ‘Imagine if Copps had signed for these in the summer?’ said Matt. ‘I wouldn’t have been here today; I’d have had to sit at home dressed all in black’.

In a first half full of effort, but short on execution Jamie Coppinger stood out like a Goth in a snow-storm, unearthing opportunities where all around him found only dead-ends. His coup-de-grâce came as a ball dropped like a stone from the Doncastrian sky and in one deft touch Copps controlled it, turned and left Barnsley’s full-back stood in the East Stand concourse wondering how he’d got there.

If Curtis Main had Coppinger’s execution Rovers might have been out of sight by half-time. As Lewin Nyatanga forgot how to simultaneously stand still and control a football Main pounced, and, in one-on-one, really should have scored. Instead he put the ball wide, as he did minutes later when stretching for a Coppinger cross.

Credit to Main, we thought he’d found every conceivable way of missing, but he proved us wrong after the break; creating enough space to shank a ball off his other shin towards Nottinghamshire. Ross Turnbull saved well from Coppinger at close range and, with the game edging away still goalless, we sensed it would take something special to beat him. It did.

Harry Forrester had done little of note since coming on as sub, but as full-time approached he robbed his man, cut onto his right foot and sent a glorious winning goal arcing into the far top corner.