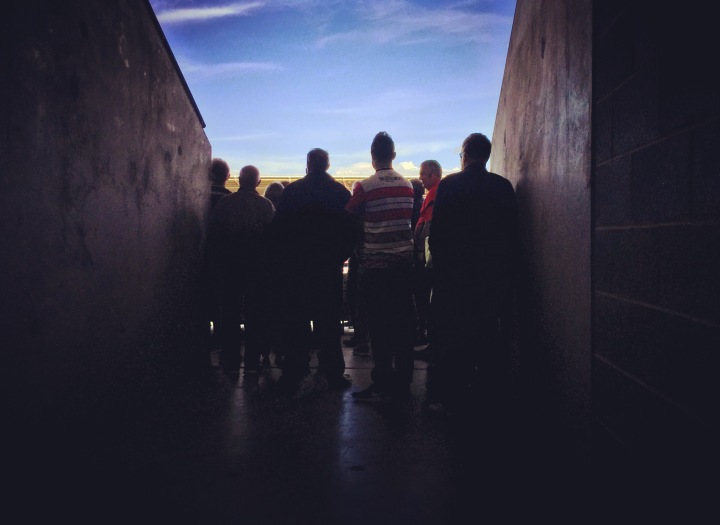 As I sit and write this editorial, Twitter and indeed much of the British media, is vehemently condemning the racist abuse of England’s footballers during the national team’s match in Montenegro. And rightly so.

It should go without saying that in 2019 everyone deserves to be treated equally and fairly regardless of background, ethnicity or religion. It really should. No-one wants to talk about racism. No-one gets a kick out of bringing it up. But, for all the rightful condemnation of Monday night’s events in Podgorica, let us not get swept up in a holier-than-thou fervour. Recent events around our own club have shown that such outdated attitudes are not just confined to the right-wing terraces of the Balkans. If you’re going to change prejudices then you can’t ignore what’s happening under your nose.

In early March Doncaster Rovers promoted a number of community initiatives to raise awareness of equality and diversity, initiatives that they were rightly proud of. One of the half dozen or so events involved offering a number of local community groups free tickets. There are many ways a news agency could put this out to their readership, so what did our town’s local newspaper go with? ‘Doncaster Rovers invites Muslim women fans to sample a match’.

Why pick on this one specific group of the dozens Rovers’ release had referenced? Well, because, sadly the Doncaster Free Press’ online offering – sports journalists aside – is sadly no more a newspaper than popular STAND fanzine is a reference book.

And I know the role of local newspaper journalists in 2019 is a hard one, but that’s no excuse to toss context aside and chase after clicks. Let’s not pretend the Free Press didn’t know what it was doing when it chose that headline and that angle? They were openly shining a torch into the night sky for every dog-whistle racist and out-and-out bigot in the borough to come and have their say on their Facebook page. And have their say they did, in a frankly frightening mix of full on racism, casual xenophobia and pointless whataboutery that painted a pretty ugly vision of our town and supporters of our football club.

Indeed such was the volume of comments it gave the Free Press enough thread to spin out a follow-up story, ‘Doncaster Rovers hit back after ‘free tickets for Muslim women’ sparks ‘discrimination’ row’. Bingo! Two stories for the price of a different one. Jackpot! Their selective headlining right there in the middle of the office, eating peanuts and trumpeting away to its heart content, whilst they rubbed their hands at the engagement stats.

Doncaster Rovers are the League One Community Club of the Year for a reason. They know what they’re doing with these sorts of initiatives. And like any team in a one-club town should do they’re looking across the borough and seeing how they can make a positive impact for as many residents of our town as possible.

Not every initiative will benefit you. So what? In fact why should it? If you’re already engaged with what Rovers are doing then why would it make sense to give you freebies? Football fandom is not a loyalty scheme. If you’re following Rovers for the perks then bloody hell have we got bad news for you. Collect all 700 stamps for a lifetime of general disappointment punctuated by occasional highs. Who’d buy into that for a reward?

Ah, you may be thinking, that’s just morons on social media with nothing better to contribute. And largely you’d be right, but that doesn’t mean such language is only being bashed out angrily on keyboards. Walking through Hyde Park on the way to the Crystal Palace game I found myself behind a group of regular Rovers fans who felt it perfectly fine to chant, as they walked, “We all hate P***s!”

Shocked. I shouted them down as best I could from 50 yards away. When I caught them up, before I could say anything one of them – on seeing my scarf – professed “We’re all Donny aren’t we?” Safe to say they got a very frank and somewhat sweary reply as to how, whilst I was ‘Donny’, I wasn’t quite prepared to acknowledge that we were in any other way the same.

But if I am to co-opt and repurpose the language of a racist, the fact of the matter is, we are all Doncaster. All of us who live in or grew up in this town are Donny. No one social, ethnic or gender group should have any cause to claim a greater connection to or hold on Rovers fandom than any other. This is the town’s club, and therefore it belongs to the town. Which is why any efforts by the club to engage as much of the borough as possible should be celebrated and championed, not picked apart.

Thankfully there were many of our townsfolk who waded into the mire of Facebook comments to call out the evident racism and bigotry for what it was. On a parallel to where this piece began, it’s been heartening to see the England players and management being quick to openly condemn the racism in Podgorica.

Whether it’s high profile and seen by an audience of millions, or it’s a shouted comment from the seat behind you, the only way we will truly Show Racism the Red Card is by calling it out. And that responsibility rests with all of us.

This is the editorial for issue 99 of popular STAND fanzine, which went on sale on Saturday 30 March.