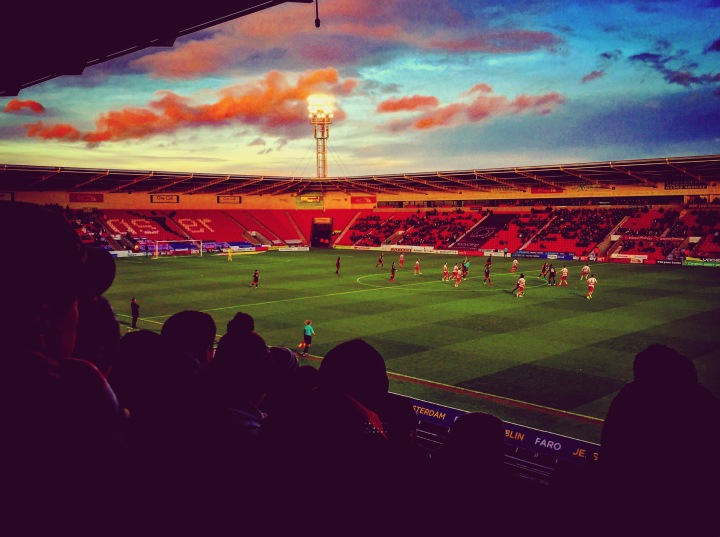 On a cold damp miserable day, and the hangover of Ipswich still hanging heavy, even the most diehard fan could be forgiven for feeling less than optimistic. Opponents Milton Keynes Franchise sat third and boasted former Rover Max Watters – the kind of mobile forward we’ve been crying out for.

Rovers started at a high tempo with Ben Close hitting the crossbar within two minutes; then in the sixth minute took the lead through a calmly placed lob from Tommy Rowe, making the left back our top scorer so far.  Rovers still managed to look nervous when in front and let the lead slip from a corner, following a good full-length save from Pontus Dahlberg.

After the break Rovers had to do a lot of work off the ball, as the visitors enjoyed the majority of possession. But Doncaster held great shape and, in complete contrast to the shift put in against Ipswich, worked tirelessly, whilst relying on some good saves by Dahlberg.

The introduction of Matt Smith for the last half hour certainly helped as he hounded and chased every ball. The masterstroke though came in the 77th minute with Tiago Cukur entering the pitch and he needed just one minute to stab Rovers back in front. In a show of unity the whole team ran to the corner flag in front of the South Stand to celebrate.

With two home games to come either side of a visit to Gillingham, dare we believe a corner has been turned?