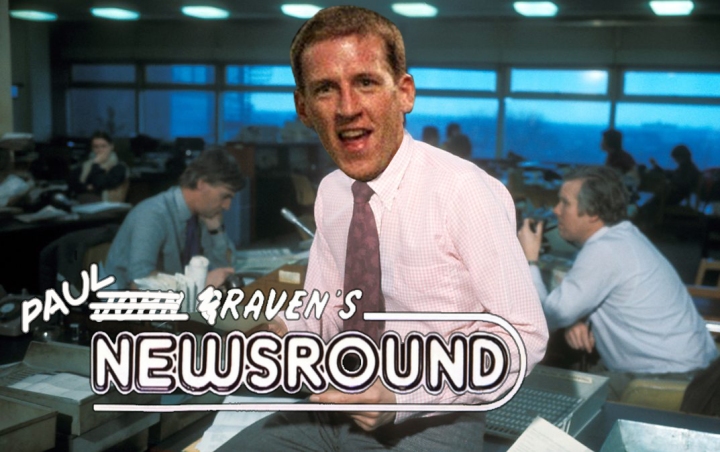 An interesting week for Paul as he was able to get his teeth into some proper transfer news rather than the usual rumour-mongering. And speaking of transfers, if anyone is interested Paul Raven is available on a swap deal, ideally for another player who’s name sounds more like John Craven so we don’t have to keep explain the title of this feature to people.

Some significant transfer activity at Rovers this week as despite previous suggestions that the club would have to sell some of their contracted players before they could make new signings two new additions to the squad, David Cotterill and Robbie Blake, were unveiled on Wednesday afternoon. The capture of free-agent David Cotterill was most remarkable for the news that the Welsh winger is still just 24 years-old. “I’m pleased to have signed David because I think he broke Swansea’s transfer record once,” said Dean Saunders scrolling through Wikipedia.  Robbie Blake joins Rovers from Bolton Wanderers, reuniting the forward with Saunders, whom he played alongside up front for Bradford. At 36 years-old (or as one reader put it ‘older than God’s dog’) Blake appears to have been signed with the short-term in mind rather than the long-term. ” He’s got a pre-season with me and knows what I expect of him, he’ll be great in the dressing room,” said Saunders, with fans hopeful that Blake’s “great in the dressing room” doesn’t prove to be the new Lewis Guy “great in training” moniker.

Striker James Hayter has joined Yeovil Town on a two-year year deal after being released by Rovers at the end of last season. Here at popular STAND we have moved to ensure Hayter is remembered for more than just his play-off final goal, and it is certainly sad to see his five years at the club come to an end.

Disappointment for the Rovers Belles as they slipped to the foot of the FAWSL after being beaten 2-0 by previous bottom-side Liverpool at the Keepmoat Stadium last Saturday. Speaking to the Doncaster Star in the wake of the defeat manager John Buckley labelled the performance an embarrassment; “We weren’t good enough and the players should feel embarrassed. The players have got to be more brave when they are in possession of the ball. I told the girls after the game that I wanted them to go away and think about the game and come back on Tuesday. I don’t want them to blame the system but to have a good look at themselves.” The FAWSL season now enters a mid-season break, and Buckley is expected to look to bolster his squad during the gap in fixtures.

Following on from the signings of Paddy Mullen & Jordan Ball last week Rovers have handed out further professional contracts to graduates of the club’s youth team. Jake McCormick, goalkeeper Jonathan Maxtead and Wakefield have all put pen to paper this past week, to take the total number of youth players joining the 1st team set-up to six; James Husband having signed some weeks ago.

R’sonists in Action This Saturday

If you can’t wait until the first pre-season game to wait to see unfit men in red and white hoops running around as if they barely know each other then fear not. Supporters’ side the Donny R’sonists host Ipswich Punch Drunk FC in an IFA League game tomorrow. The game is a midday kick-off at Rossington’s Ian Wilson Community Sports Village.