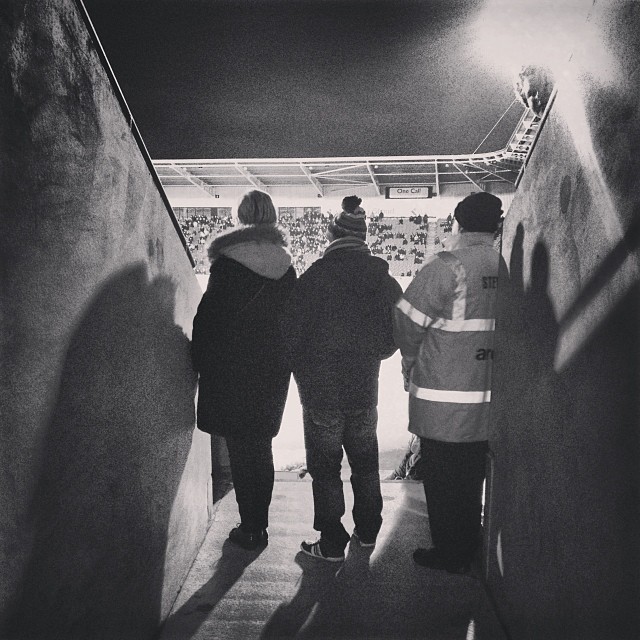 Tyson switching to the left proved effective, and on 41 minutes he broke clear, crossing for Main to tap in and put Rovers deservedly 1-0 up.

Rovers began the second half at blistering pace, Bennett threatened whilst Andy Butler had a header cleared off the line. At a corner Butler was hauled to the floor but denied a clear penalty, however minutes later contact from Dean Furman on Ben Gladwin left Rovers fuming at the referee’s inconsistency – penalty awarded – converted by the impressive Michael Smith.

Galvanised, Rovers pushed forward with Tyson causing problems but ultimately unable to capitalise. Swindon though had chances but were denied by Bywater, including a brilliant goal-line stop.

Rovers continued pressing for a deserved winner – a draw would’ve been a missed opportunity – only to be heartbroken. A rare defensive lapse in injury time left Jonathan Obika in space, and he slotted home to Swindon’s delight. Frustration was evident as the team trudged off at full time, vitriol inexplicably directed at Paul Dickov by a few of the remaining fans.

Overall a far better performance than Saturday, with Rovers left rueing what might have been and having every right to feel mugged by the result.