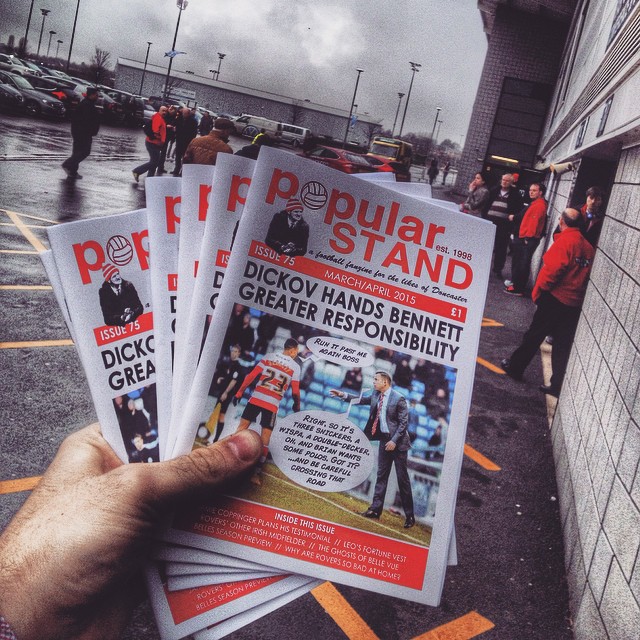 Last month I went to India. And yes, I had a lovely time thank you very much for asking, but I’ll save going all Judith Chalmers on you for another time, and get to my point. Whilst in India I met my girlfriend’s cousin, Nikhil, for the first time. He’s an intelligent fella, a writer who speaks multiple languages and he’s into football; he supports Chelsea – evidence if ever it were needed that who we choose to support is rarely a rational choice. Nikhil has lived near to, or in, Bangalore all is life. Bangalore are the current Indian football champions. I asked him why he didn’t support them. His answer is that he likes football, and so he wants to watch the best football in the world, and as the Premier League is screened regularly in India, it is this which he, and the other football fans he knows, watch. 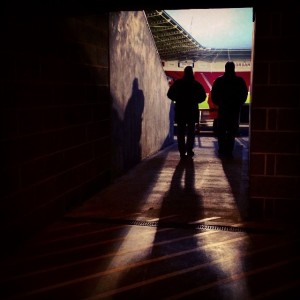 For an increasing number of people across the world football is consumed, not as a sport, but as entertainment. And when you want entertainment, you will inevitably seek out the best that is available to you at the most convenience; that’s why significantly more people will watch the latest dramas on Netflix, rather than sit through an am-dram performance of PG Wodehouse in a draughty W.I. hut. Football beyond the Premier League, is in danger of becoming that am dram performance; the same thing in principle but a world away from the easily accessible, smooth, high definition world projected on television.

Increasingly top-flight football is presented like a television series; like a reality show or a soap opera. There are the principle characters and world famous celebrity leads – Messi, Ronaldo, Neymar, Rooney and all those others that find themselves animated in football boot commercials – and then there are the supporting cast and the extras. Occasionally these extras might get their own storyline, a last minute winner here or there, but increasingly they’re left to move unspeaking in the background – holding muted conversations and giving nothing more than depth against which to project the star names.

I don’t watch a lot of television; regularly at work people will look at me in astonishment and with a touch of pity when I confess that I haven’t seen the latest series of Breaking Bad – or indeed the previous one – or that I’ve never got into Game of Thrones. Increasingly I see the same looks on the faces of people who have professed themselves to be a great football fan, and therefore tried to talk to me about football, only to find that I don’t support United, or Chelsea, or Spurs, or Arsenal, and that I didn’t see the game last night, because I don’t really watch the Premier League or the Champions League. ‘Who do you support?’ they’ll ask. And when I say Doncaster they will – inevitably – ask what division they’re in and then their mind will draw a blank because whilst it is a team in the same sport, they cannot comprehend of anything football-related that they haven’t seen scroll across a Sky Sports News ticker. 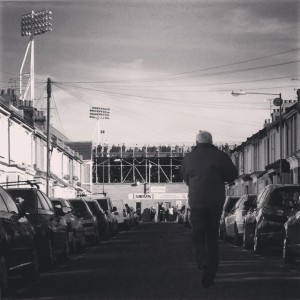 Football is becoming subservient to the Premier League; the latest television deal only reiterates that point. And as more television money floods into the top flight; it is only natural that the top flight is adapted to suit its primary audience and benefactor; television. Goal-line technology is here; video replays for officials will inevitably follow at the top table, because when you’ve hyped up the importance of how much every decision matters, the dishonesty of players means we can no longer rely on a mere human to infer who’s cheating and who isn’t.

As football and entertainment become ever more indistinguishable, the players take the roles of the fading television actors, our world starts to edge closer to full on Alan Partridge – witness exhibit A. Dion Dublin hosting Homes under the Hammer. It’s not quite Youth Hosteling with Chris Eubank, but it also isn’t too far away. It also means that those of us who choose to follow football, rather than the Premier League are in an increasingly smaller half of the pie chart. Why on earth would you follow your average local team, when you could be watching some assembled millionaires play-act in front of 40,000 people recording the action on their smartphones?

The answer of course, is in the question, because it is your local team. It is a part of your community, part of your town. You can watch the Premier League, the same way you watch the latest American dramas, via a flatscreen above the mantelpiece. But you can only really experience football, and live football and be part of footballby being there. As you are today. Please, for all our sakes, keep it up.

This article was initially published as the Editorial for popular STAND fanzine issue 75. Copies of issue 75 are available for purchase at Leyton Orient vs Doncaster Rovers on Tuesday 14 April, and also via email.