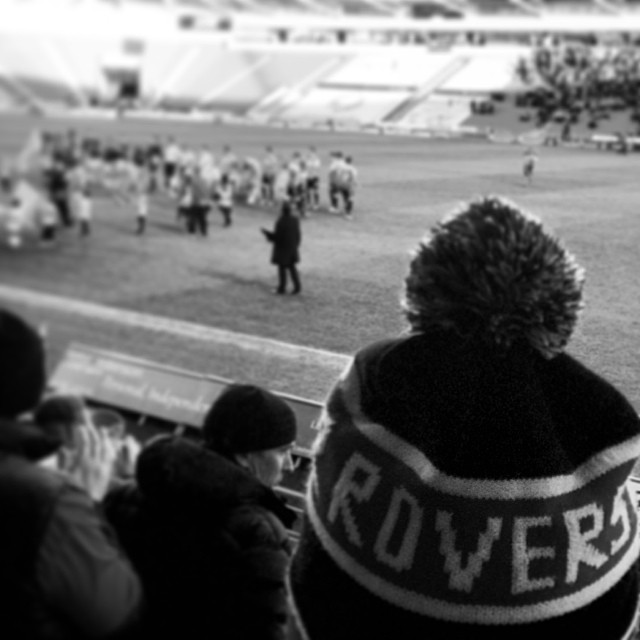 The Stalybridge match was his 469th and record breaking Rovers appearance. Whatever has happened in our lives these past twelve seasons, through good times and bad, the soothing balm applied each Saturday afternoon has been Coppinger. Like your best mate waiting with pint ready for you to arrive at the pub, Copps has been there at 3pm on a Saturday serving up a perfectly measured mix of skill, effort, commitment and selflessness.

The game itself was an oddity. For a prized FA Cup first round tie, Stalybridge didn’t really seem bothered.

What fragile belief Stalybridge may have had quickly evaporated. A very early, placed finish from the energetic Andy Williams put Rovers in the driving seat and they lumbered to half time with an uninspiring performance, despite the impetus provided by the 26th minute ovation in recognition of Coppinger.

The second half brought an early introduction of livewire Keshi Anderson and Rovers stepped up a gear. The final half hour saw Rovers tear through Stalybridge, with Williams netting a sharp angled finish through a crowded box to double the lead.

Composed and mature play from Harry Middleton, who along with Coppinger, Anderson, Conor Grant and the supremely talented right-wing-back debutant Felipe Mattioni, together delivered spells of football that would have shamed Sean O’Driscoll.

But today was about Coppinger. 469 not out.

by Chris Black Come Back