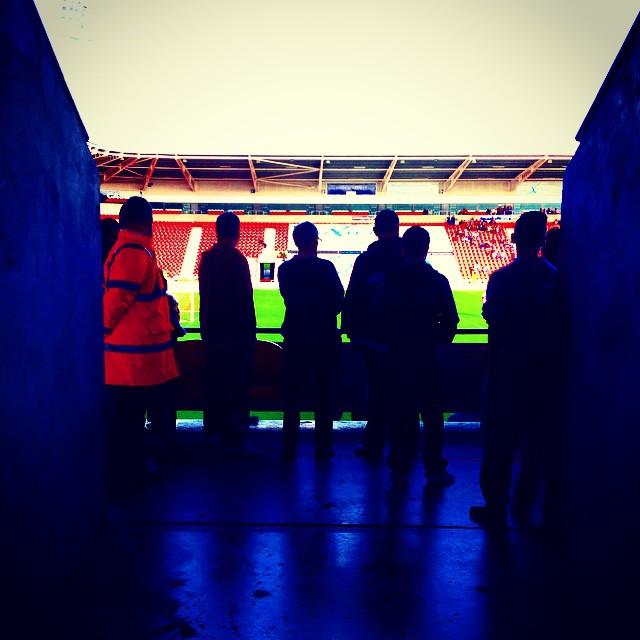 Mission Impossible? The Great Escape? Rovers never do it easy, and this season appears no different. This was a must win game, anything less would’ve probably signalled the end to Rovers’ League One stay.

Coventry started on the front foot, although Riccardo Calder had the first real chance on seven minutes, flashing a shot just wide from the left of the area. This spurred Rovers on, and on 20 minutes they had the opening goal.

Gary McSheffrey floated a corner over and the ball was met by the head of super Tommy Rowe, and after a couple dozen deflections, the ball eventually ended up in the back of the net to spark wild celebrations in the home end. McSheffrey’s afternoon came to a halt shortly after due to injury, but his replacement Nathan Tyson, who got two at the Ricoh in the reverse fixture, immediately caused problems.

Just after the half hour mark, Tyson worked himself some space down the left and put in a cross for his strike partner Andy Williams, who headed perfectly in to the bottom right corner to give Rovers control at half time.

In the second half, there wasn’t much to shout about; Remi Matthews produced a brilliant save to deny James Maddison, but that was all. The whistle for full time sounded to welcome a renewed set of optimism amongst the home support. A win next week might well just leave Rovers fans wondering whether The Great Escape could yet become possible.