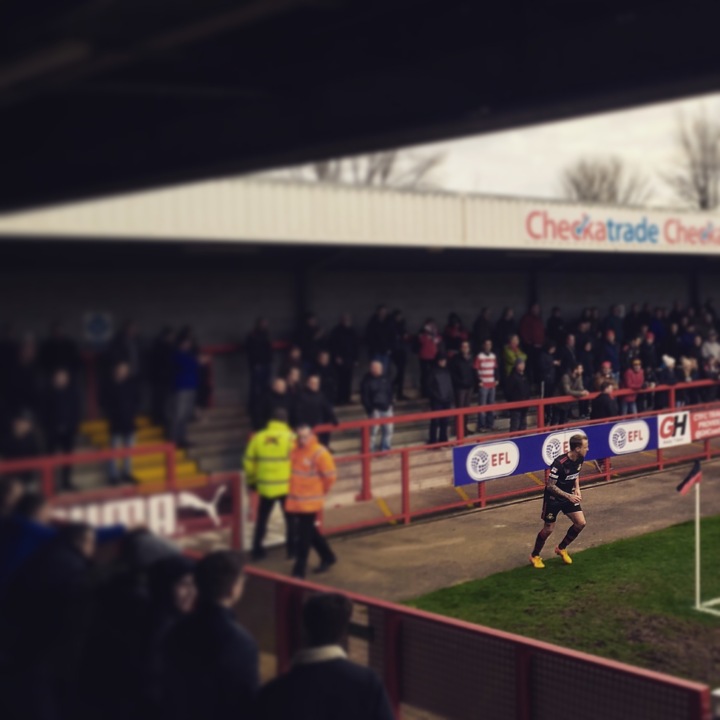 On another day this could have been a second successive away victory, but at Broadfield Stadium Rovers found themselves up against a goalkeeper in determined mood.

Glenn Morris made a number of fine saves for Crawley, the most important coming midway through the first half as he turned away first John Marquis’ spot-kick, and then Alfie May’s follow-up. Morris also denied James Coppinger, whilst May had a goal ruled out for offside during a first-half in which the home side failed to muster a single shot.

When you’re not going to score goals, it’s important to keep them out; and in Ian Lawlor Rovers have a goalkeeper who’s pride in clean sheets is matched only by overacting housewives on laundry commercials. Twice in the second half’s opening minutes Lawlor was on hand to block brilliantly at point-blank range and prevent the flight-path-dwellers taking a frankly unmerited lead.

Rovers found their feet again midway through the half; Coppinger’s spectacular volley deflecting wide to bring a corner from which Morris somehow kept out Andy Butler’s downward header on the line.

Just as it seemed Rovers were finding a route around the Crawley back-line, Darren Ferguson swapped Coppinger for Gary McSheffrey and with the captain went the side’s width; concentrating attacks on exactly where we’d had the least joy.

There was one last telling chance; Butler again meeting a set-piece, but with Morris finally beaten, defender Jimmy Smith was on hand to head off the line.