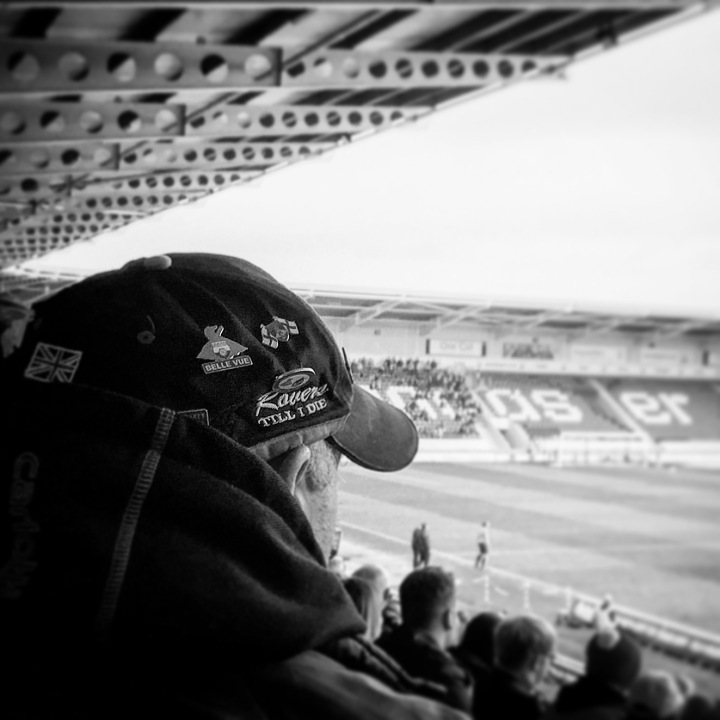 With their second league win in as many games, Rovers made sure their fans went home happy after a well-deserved 3-0 victory over Northampton.

Rovers started brightly; an early chance falling to Andy Butler, who could only head over the bar from a James Coppinger free-kick. Tommy Rowe was beginning to pull the strings in midfield, with Coppinger running the show on his return from injury.

As the half progressed, Northampton began to create chances themselves, most notably a cross from Brendan Moloney which fizzed harmlessly across Ian Lawlor’s goal.

Ben Whiteman, and Rowe had both gone close before Rovers finally took the lead after 33 minutes; a John Marquis shot saved by Matt Ingham in the Northampton goal, and Coppinger managing to force the ball home from close range.

Doncaster kept the pressure on, but it was Northampton who almost grabbed the next goal, a low shot from Shaun McWilliams well saved by Ian Lawlor.

A couple of minutes later, Rovers were leading two-nil when Niall Mason stepped up to convert a penalty given after Marquis was brought down.

Alfie May, who had looked lively all afternoon, had a chance to score Rovers’ third on 55 minutes, but his shot was saved, and Marquis couldn’t convert the rebound either.

The third goal finally came on 66 minutes, when Butler scored from close range after Mathieu Baudry’s headed attempt on goal was cleared off the line.

A dominant, professional display from Rovers, and a much-needed three points.