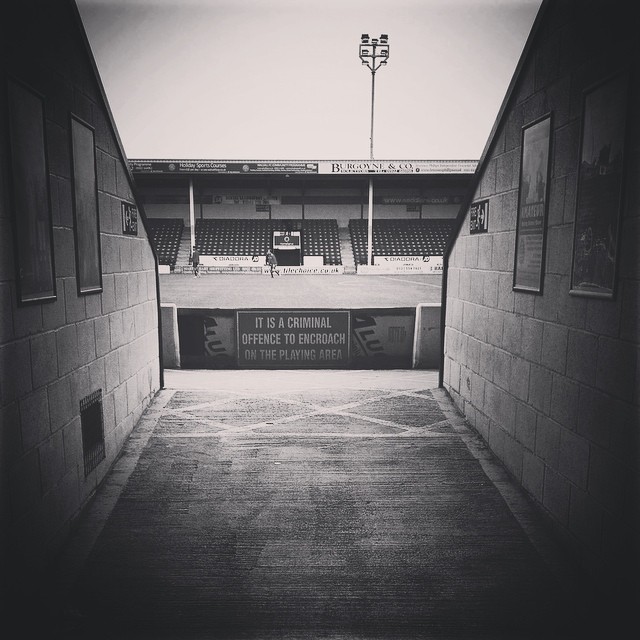 When Rovers last beat Walsall the UK had a Coalition Government and The Bourne Legacy was showing in cinemas. So when Morgan Ferrier latched onto Andy Butler’s misplaced header to nod past Marko Marosi after 17 minutes there was a sense of ‘here we go again’ amongst the travelling Rovers fans.

Rovers though were actually playing some decent football and were level just after the half-hour. Luke Leahy handled in the area as he contested a ball with Joe Wright and John Marquis slotted home the penalty.

One apiece at the interval seemed a fair reflection of play, but Rovers went up a gear or two in the second half. On 58 minutes Mallik Wilks ran onto Ben Whiteman’s inch-perfect pass and hammered a low shot past Liam Roberts.

Eight minutes later Wilks turned provider, slipping the ball to James Coppinger who lofted a delightful chip over Roberts into the net. Coppinger celebrated by running to a nearby pie advertisement, a tribute to the late Jake ‘Pieman’ Power and a testimony to the strong bond that exists now between players and fans.

Six minutes of stoppage time invited a few nerves but these were soon quelled when Matty Blair latched on to substitute Alfie May’s pass and hammered home the fourth. So Rovers became the first team to beat Walsall and moved up to 5th place in League One. Grant McCann’s team could be on the verge of something special and at their best they are a pleasure to watch.