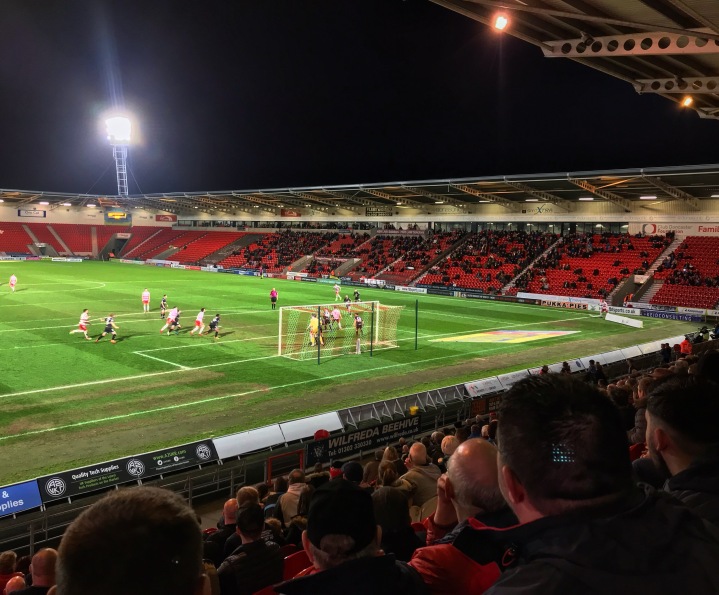 Rovers first cup action of the season arrived following the euphoria of Saturday’s  injury-time win over Sutton, with the hope it may offer an improvement in performance.

Notably absent were Tommy Rowe and George Miller, but there was a first glance of new signing Adam Long for supporters, and a return for Lee Tomlin.

It only took the visitors 12 minutes to open the scoring; a low cross from the Lincoln left which was read by Charley Kendall before both centre backs in defending befitting of last season. Rovers offered very little in attack with Josh Andrews seemingly struggling to perform as the target man he was signed to be.

Lincoln extended their lead in the 47th minute with Teddy Bishop allowed to run from the halfway line through everyone, with no challenge made, before finishing. The game was sealed with Lincoln’s third goal on the hour from Anthony Scully..

Unfortunately the performance was a stark reminder that Rovers haven’t yet moved forward. It’s clear we are missing width, and in desperate need of Jon Taylor and Luke Molyneoux to return. The game was marred further by the antics of the South Stand youth club and in particular the three idiots who invaded the pitch. All in all this was a particularly poor and embarrassing performance, both on and off the pitch.