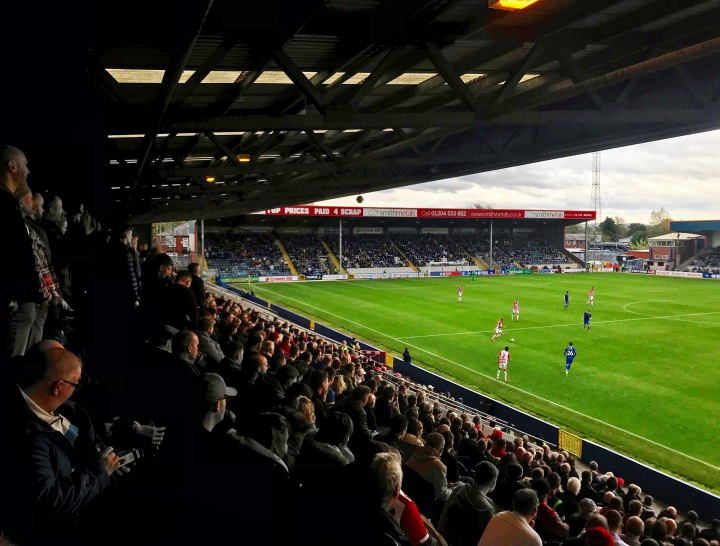 The second of three ‘must win’ games saw Rovers travel over the Pennines to Rochdale, who occupied bottom place in League Two, but had won their last two competitive games.

Rovers, in their new pink fuchsia third kit, started brightly with George Miller wasting three good chances, the best of them coming when Rochdale keeper Richie O’Donnell mis-kicked and though the ball fell kindly to him Miller shot wide with the goal gaping.

Rovers lost Joseph Olowu through an unfortunate injury, but it didn’t stop them taking the lead; Kyle Knoyle’s ball across the box finding Kieran Agard who poked home. Within five minutes Rochdale were level; a ball from the left by Liam Kelly picked out Scott Quigley to equalise.

A speculative 30-yard shot from Luke Molyneux was the only notable effort early in the second half before Rochdale got on top of the game, and only a brilliant James Maxwell tackle prevented the home side taking the lead.

But then Knoyle made a run into the box and fed Miller who finished through the legs of O’Donnell to put Rovers back in front. Reo Griffiths, on for Kyle Hurst for his first appearance of the season mustered a few chances, as Rovers ultimately saw out the clock to make it back-to-back wins.