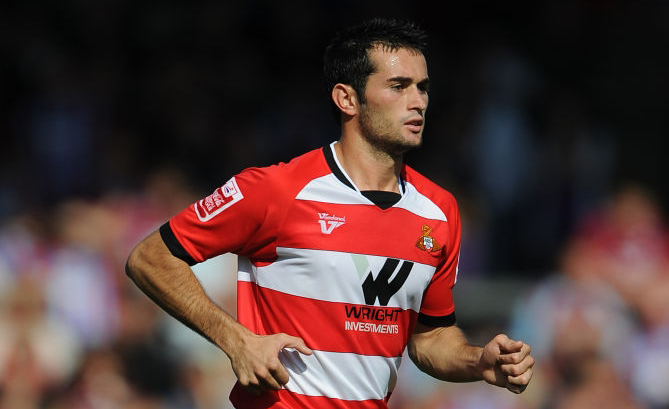 A somewhat surprise bit of early summer transfer news as Sam Hird leaves Rovers for League Two Chesterfield, signing a two-year deal with the Spirites. Doncaster-born Hird has played over 150 games for Rovers since his initial loan spell from Leeds United back in 2007, the vast majority of them in the second tier. Hird got his break in the Rovers side towards the end of the 2007-08 season courtesy of injuries to Gordon Greer, Adam Lockwood and Stephen Roberts and never looked back, keeping captain Lockwood out of the side for the 2008 play-off final.

Capable of playing in defence or in a holding midfield Sam had been nicknamed ‘der Kaiser’ by the fanzine, after an impressive performance at Vicarage Road on the opening day of the 2009-10 season in which he not only marshalled the back-line but pinged passes about for fun. A very capable and talented player, at times last season he looked Rovers best asset and so his decision to drop to the fourth tier is a perplexing one given he clearly has the potential to play much higher.

You can’t fault Hird for seeking a solid future elsewhere, and we of course wish him well, but the move also highlights Rovers’ own incapacity in relation to transfers at present. Unable to offer deals to players they wish to keep unless existing players are purchased and taken elsewhere the club is currently marooned by the side of the transfer road and flashing a bit of leg (or Jamie Coppinger) in the hope that a perspective suitor will come and get us moving again. This could prove to be just the start of interesting summer.