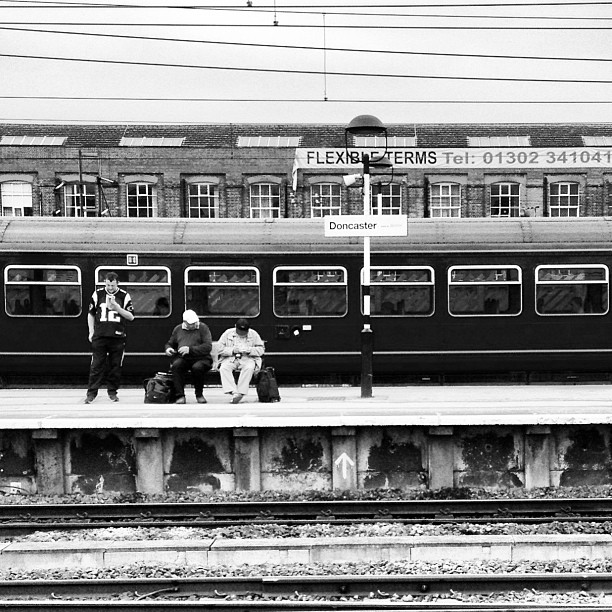 When teams get promoted they often see a change in playing personnel, occasionally a change of manager, and probably a change in supporter expectations too. At Doncaster Rovers we crank things up another notch; when Rovers are promoted the team also undertakes a change in name.

Like an office worker switching to their superhero alter ego, by League One we are Doncaster Rovers, mild-mannered, nondescript, lower League fayre; by Championship we are The Likes Of Doncaster, low end outlandish northern outpost seeing out a double-life as supposed cannon fodder for those dangling from parachute payments.

No-one should be seen losing to The Likes Of Doncaster, for some just having to play The Likes Of Doncaster is deemed an insult to their perceived status; we’re community service, the cleaning dog-shit from the park that wayward Premier League clubs must do as punishment for being foolish and reckless enough to get themselves relegated. We are real-life inconvenience to the Premier League’s Hollywood starlets burst from the top-flight’s bubble.

And so towards the season’s end we begin to serve another purpose, as a tool with which to motivate top flight footballers against relegation. “Do you lot really want to be playing against The Likes Of Doncaster?” managers will yell, whilst commentators will intone the gravity of a team’s potential fall by describing how if they’re not careful they “could find themselves having to make trips to The Likes Of Doncaster”. Never perpetual second tier sides like Ipswich, or Burnley, they’re too conceivable an opponent, not so The Likes Of Doncaster who were recently non-league, and are up north, and probably have a wooden stand and a sloping pitch.

We don’t resent this social profiling, this isn’t a gripe. It doesn’t get our back up. In all honesty we actually love it as it fits with our own perceptions of our club. Being the underdog suits us and has done ever since we marched to the Division 3 title in our first season back as a pub team having a laugh to ‘Peter Taylor’s Hull’. We’ll have The Likes Of Doncaster t-shirts soon, banners too no doubt, maybe even a song, so long as someone can bang a drum at it for the young ‘uns to join in. But until that point we’ll have to satisfy ourselves with regular showcasing of our new name’s usage in the press. And to that end, here’s part one.

10. A Touch Harsh on Middlesbrough

“In three years at the Stadium of Light he made just 23 appearances, spending the bulk of that time on loan with the likes of Doncaster Rovers and Middlesbrough.”

“Millwall narrowly avoided the drop last season, but could be boosted by a reasonable-looking run-in this year against the likes of Doncaster and Bournemouth.”

“…whilst the loser faces trips to the likes of Doncaster and Yeovil and various outposts in between.”

7. One Cliché Spotted, Another Missed

“Whether the likes of Samba and Taraabt are motivated for the clichéd “wet Tuesday night” at the likes of Doncaster remains to be seen.”

6. Granero Rules Out Match Against 22 Men

“And, in an interview with Spanish paper AS, the 25-year-old has admitted he cannot see himself lining up against the likes of Doncaster and Barnsley.”

Talksport, ‘Granero Admits He Is Planning to Leave QPR’, 13th May 2013

5. Other Keepmoat Stadiums Are Available

“Granero – who made his name at the glitzy Bernabeu in Madrid, could be heading to the likes of Doncaster‘s Keepmoat Stadium and Bournemouth’s Dean Court if he stays with QPR next season.”

“The man once tipped to be England manager now faces trips to the likes of Doncaster and Preston instead of Rio di Janeiro as he grapples with rifts born from the envy that greed and crazy wages bring.”

3. Bold Predictions of a Home Opener for Norwich

“And had we failed to beat Reading and now be looking at the Championship squarely in the face, does anyone really think [Ricky Van Wolfswinkel ] would be at Carrow Road on August 3 to face the likes of Doncaster or Brentford as the 2013/14 season got under way.”

“For me, non-League football with Doncaster was a good start, really, cos that’s made me grateful for what I have today. You see some class talents coming through at the academies of big clubs and they don’t fulfil their potential. And you see some players come down from Premier League teams to the likes of Doncaster and it’s like a culture shock for them.”

Paul Green (of all people), The Irish Post, “Paul Green on Being Tough Enough to Rise Above Ireland’s Boo Boys”, 22nd April 2013

1. Give Me Sport Fail to Grasp How Leagues Work

“The reality is that Remy is too good to be playing the likes of Doncaster every weekend; why would he want to play with QPR in the Championship when clubs of a much higher pedigree are interested in his services?”

Santhosh Subramanian; Give Me Sport, ‘QPR to Lose Loic Remy This Summer?’,11th April 2013

2 thoughts on “Re-Introducing The Likes of Doncaster”