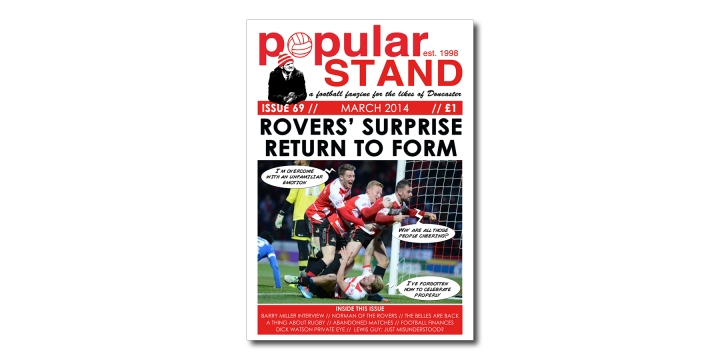 Issue 69 of popular STAND will go on sale ahead of Rovers’ South Yorkshire derby against Sheffield Wednesday on Saturday. This is the penultimate issue of the current season and will be available, as ever, for only £1.

Inside this 40 page issue of the fanzine you’ll find…

The fanzine can be purchased from the South East statue, the South Stand turnstiles and the South West corner of the Keepmoat Stadium from around 1:30pm, and from the West Stand, north end turnstiles from about 2pm until kick-off. Provided we don’t sell out before the game copies will also be available from the entrance of Car Park 2 straight after the match. If my wittering directions are not clear enough, then have a look at this handy map we drew up.