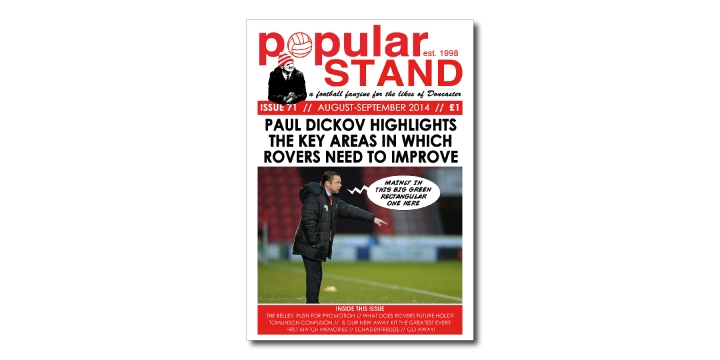 Great news, we have finally proven the theory that if you lock ten monkeys in a number of rooms for a month or so, eventually they will produce a football fanzine. It may be a week late, but at last it is here. Issue 71 of popular STAND fanzine will be on sale at Rovers match away at Colchester United at the weekend. the fanzine will be on sale outside the away turnstiles from about 1:45pm. And if you miss us on the gates, look out for the bright red popular STAND bag inside the ground.

As ever, for the 17th season in a row, the fanzine is still only £1, with all profits, such as they are, going to Rovers-related or local good causes. And for that bargain figure, you get forty pages featuring the following:

If you’re not at Colchester this weekend, don’t worry. You will also have three more opportunities to pick up this edition of the fanzine at the following matches: