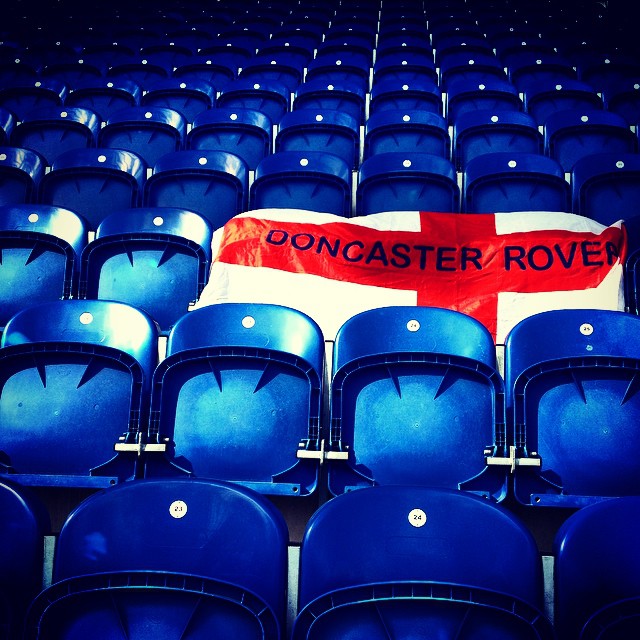 Away game equals away win. Is it too late to rent out the Keepmoat, reverse all our home games, and treat League One as an extended UK tour?

In an opening half you would be optimistic to describe as dull chances spanned from fleeting to non-existent. Theo Robinson headed just over from a Jamie Coppinger cross, and Reece Wabara, sense of direction numbed presumably from boredom, almost nodded past Jed Steer at the other end. Perhaps most impressively, in a half devoid of all momentum, the referee still managed to disrupt the flow of the game.

The second half was, mercifully, much improved as Coppinger put down his newspaper, and decided he may as well run this show if no-one else was going to bother. Whilst the renaissance of Kyle Bennett and endeavour of Dean Furman impressed, Copps was undeniably at the heart of all that was good about Rovers.

It was one of his many deft touches – and Furman’s industriousness – which kept play alive before Bennett neatly dropped the shoulder, moved into a gap and walloped the only goal into the bottom corner. Save for chances wasted by Furman and Robinson it could and should’ve been more. Rovers’ own complacency looked a much bigger threat to dropped points here, than Colchester ever managed to muster.

Lastly, whilst I’m not one to demand board investment, there are 23 months left on Coppinger’s contract. Surely that’s enough time for Terry Bramall to invest in the science needed to make Copps immortal.