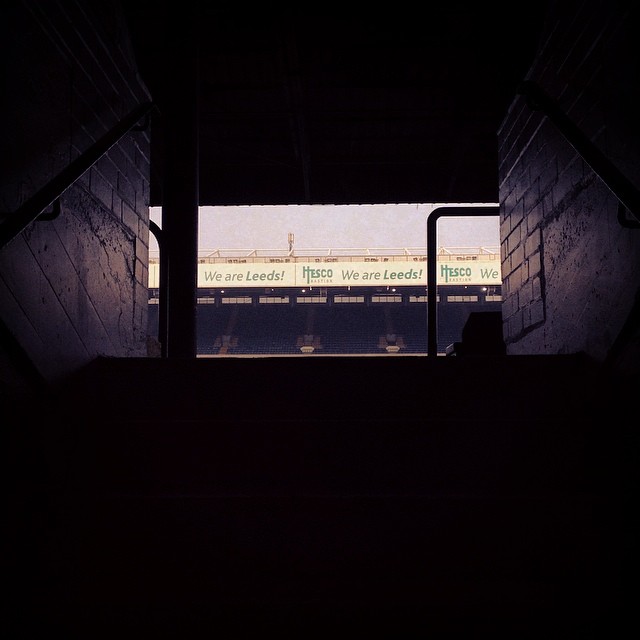 This cup tie started scrappily with both sides looking to stamp their authority on the game in the early stages. Ten minutes in Leeds started to get on top and on 15 minutes were rewarded as Mirco Antenucci’s effort was parried, but Lewis Cook pounced to make it 1-0.

Rovers began to edge back into the game and after a number of half chances were awarded a penalty when Scott Wootton clattered Cedric Evina inside the box. Andy Williams just about squeezing the penalty under Ross Turnbull to level.

On 38 minutes Cook went from hero to zero as he was given his marching orders for a two footed lunge on Aaron Taylor-Sinclair. Rovers made the most of the extra space and James Coppinger had a golden chance to make it 2-1, only to poke his effort wide.

The second half was dominanted by Rovers, using their extra man effectively, but they just couldn’t find the net; Williams, Coppinger and Nathan Tyson among those spurning clear cut chances. As the game went into extra-time Rovers were again dominant, penning Leeds back in their own half, but the crucial goal wouldn’t come and it went to penalties in front of the Black Bank.

Antenucci slotted home; Tyson replied emphatically (1-1). Luke Murphy was matched by Williams (2-2) but then Sam Byram and Chris Wood each cleared the bar and then some, leaving Richie Wellens to slot home and put Rovers through.