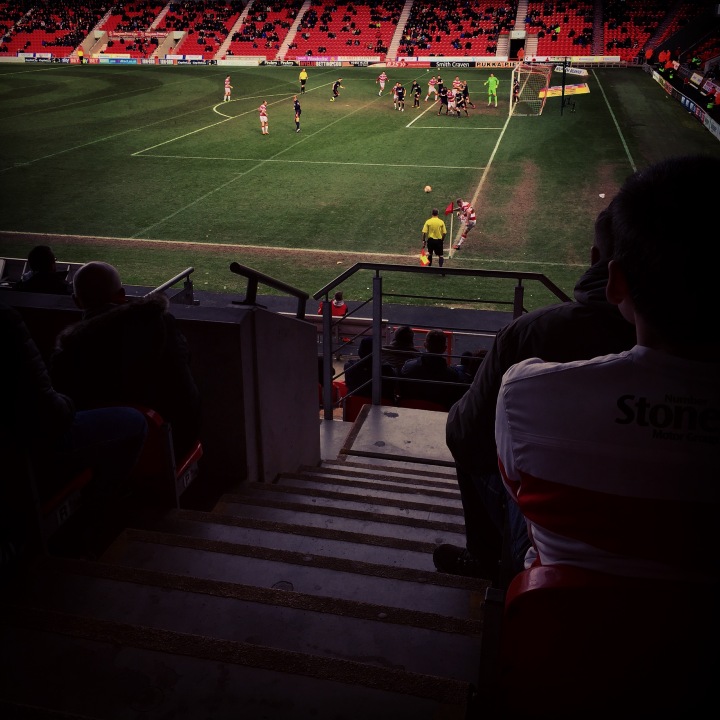 ‘You’re having a laugh aren’t you?’ some fella shouted at me as I tried to sell fanzines after the match. ‘No mate,’ I replied, ‘I’m a Rovers fan’. Fifteen games without a win offers little mirth, and after Friday’s capitulation at Colchester hope was on similarly short supply.

Yet, despite the doom there were signs of encouragement; Rovers’ possession and presence was a world better than Good Friday; Andy Williams showed some determinism and initiative as he flashed a shot wide, whilst Mitchell Lund couldn’t quite bundle home a six-yard box scramble. However, the first half’s best chances went the way of the visitors’ and but for Remi Matthews could’ve been in front; the Rovers goalkeeper saving well from first Danny Philliskirk and crucially Mark Cullen on the break.

In the second half Rovers were in the ascendency; James Coppinger pulled the strings; and from his lay-offs Harry Middleton pulled an effort just wide, whilst Tommy Rowe let fly with a curling strike that rattled off the underside of the bar – but that was it.

We’re often told that you make your own luck in football; bad and compounding news for a Rovers team struggling to construct anything of their own. Whilst the rebounds and deflections from Rovers pressure continued to spin harmlessly away Blackpool got the most crucial of breaks three minutes from time; Cullen’s shot deflecting off a committed block from Andy Butler to loop over Matthews and in for the win.

It never rains but it pours.