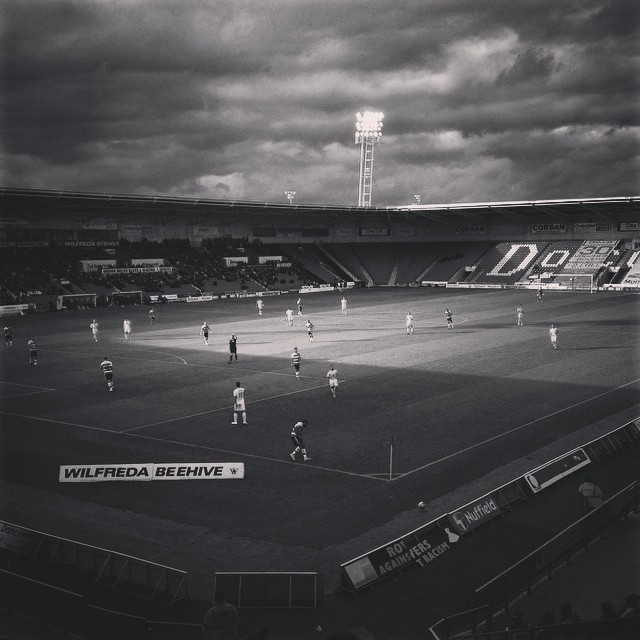 In his 13 years at Rovers there have been many superlatives written in reference to James Coppinger, but even by his own standards, this season he has been a class above.

As such, there was a certain inevitability about Coppinger’s opening goal on his 501st appearance for the club, converting a sublime free-kick from the edge of the area, having been felled moments earlier by a Newport defence that struggled to cope all afternoon. As the Black Bank confetti marked his 26th minute, a pinpoint long pass almost topped off the goal with an assist, but for Andy Williams to fluff his lines.

In comparison, Newport offered little but for physical presence and occasional flashes of creativity on the counter attack, former Rovers ‘beast’ Jon Parkin causing some problems but still missing their best chance – an open goal following a rare defensive mix up that had left the otherwise excellent Marco Marosi stranded.

Following half time Rovers continued to press forward, and their continued dominance was rewarded on 58 minutes when Tommy Rowe charged down a defensive pass and pulled back for Williams to slot home easily and double the lead.

From here in, Rovers coasted to the victory, despite the unplayable Jon Marquis being inexplicably booked for diving having been floored in the area for the third time without reprisals. Not that the result was ever in doubt, although only a fantastic injury-time save from Marosi ensured Rovers kept the clean sheet as well.