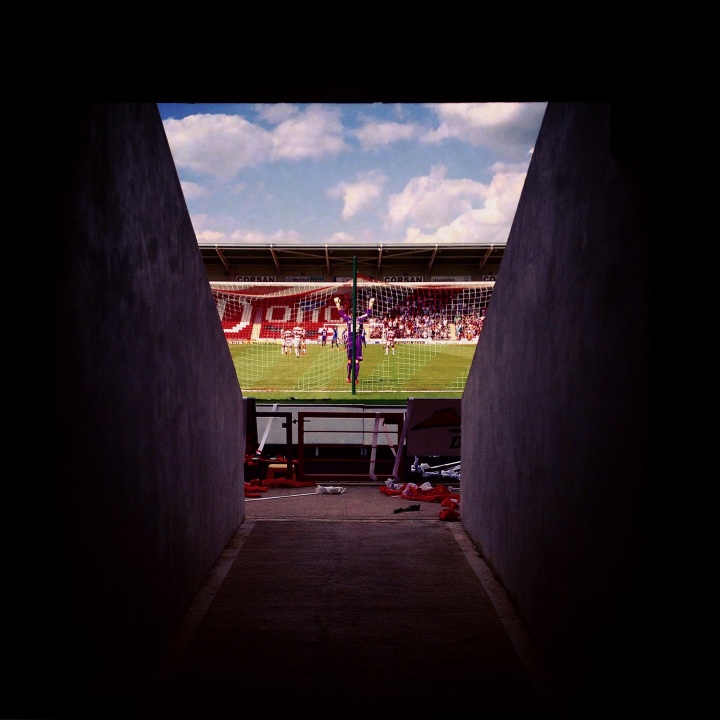 After a disappointing defeat at Plymouth, Rovers had to get back to winning ways against Grimsby Town, though they faced the Mariners without captain James Coppinger after his late red card in the Devon defeat.

Three minutes in however that was the last thing on everyone’s minds. A stunning free kick was curled in to the top corner from 25 yards out by the in-form Liam Mandeville to give Rovers an early lead.

Encouraged by the early advantage and Rovers continued to be on top throughout. Jordan Houghton once again dominated the midfield, whilst yet another composed performance from Mathieu Baudry at the back set the tone for the remainder of the afternoon.

The well-supported away side threatened rarely, with their biggest chance coming when Scott Vernon blazed over the crossbar after a scramble in the penalty area.

From there on, the game started to get a little scrappy, with Grimsby guilty of putting in some reckless challenges to prevent Rovers from extending their lead.

The game could’ve finished a lot differently had Luke Summerfield not missed an open goal from a yard out deep in to injury time, but Rovers held on for yet another win; one which ensures they’ll spend Christmas Day in the automatic promotion places.

As we reach the halfway stage of the season, Rovers certainly appear to be in a commanding position as they look to bounce back to League One at the first attempt, and performances suggest they are very much on their way.