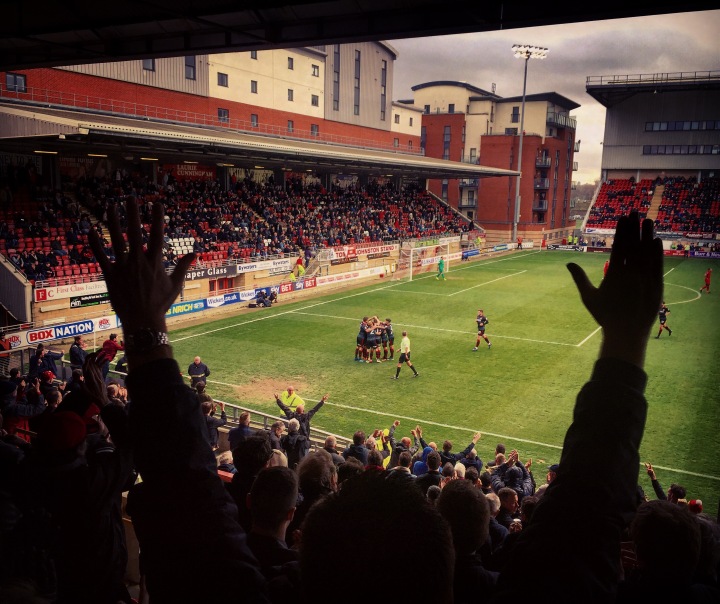 There’s a lot to like about Leyton Orient; community club, old-school away stand, and in my case, little over half hour from my door. As such, finding their net four times, whilst they battle their very existence, felt somewhat like prodding a poorly puppy. But, whilst we will feel sympathy and empathy with their plight, we shouldn’t miss every opportunity to revel in this very good Doncaster side.

Today that Rovers ruthlessness took its time emerging. Orient pressed and harried gallantly, making the first half an oft incoherent battle that ended with Tommy Rowe’s well-taken opportunistic half-volley cancelled out by Tom Parkes finish of a pitch-length break.

The second half would be much more pointedly Rovers’, especially after Orient gave the ball away under pressure on 55 minutes, inadvertently feeding the best striker in the Football League, and within a couple of touches it was 2-1 one one, two one one.

Orient’s doggedness gave a sense Doncaster needed a third for security, but Rovers made hard work of getting it; John Marquis fired over; Alfie May sliced wide and Andy Williams shanked a break towards the Central Line.

Eventually the gap in talent told, and Rovers rattled in two more in a dominant ten-minute spell, both assisted by substitute Gary McSheffrey. First Marquis hammered in his cut-back then Mathieu Baudry volleyed in a McSheffrey corner with a clinical calmness that epitomised his afternoon; his class duly telling with an understated yet pointed refusal to celebrate against his former club.