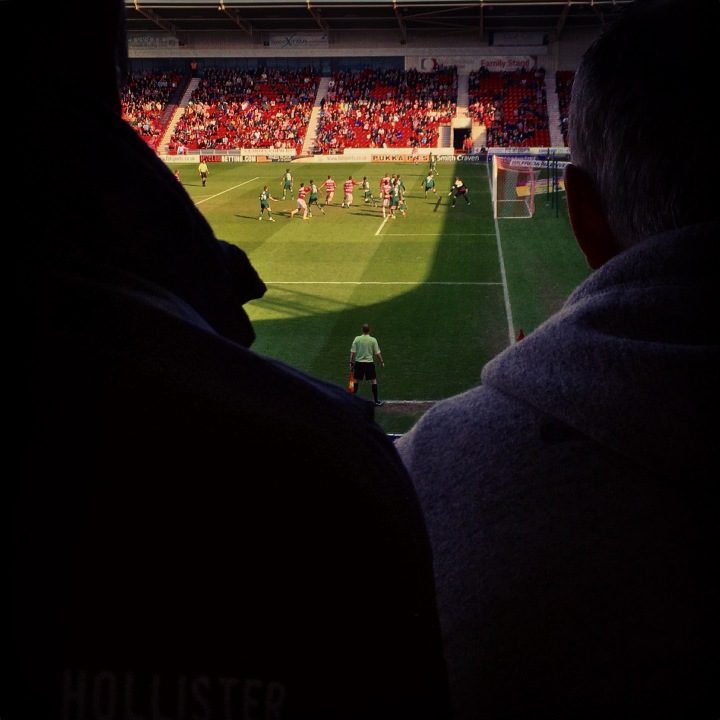 I took my mum to the game today; the sentiment of Mother’s Day overriding the deep-seated suspicion she’s an unlucky charm. A year unbeaten at home and she’s not seen us win in two – I really ought to have known better.

It was a day of mixed feelings throughout, with the pride at seeing Rovers led out by supporters’ mums, undone by the use of the death of two children to fuel ‘banter’ and ‘stick’ aimed at Plymouth ‘keeper Luke McCormick. It’s four-and-a-half years since McCormick returned to football, that’s four-and-a-half years of abuse from opposition fans. He’ll have heard nothing new today, why waste your breath?

Perhaps inevitably McCormick proved to be the difference between the two sides with three excellent saves in particular. In the first-half a strong hand on a John Marquis header and a low block from James Coppinger kept things goalless at the break; then once Argyle had taken the lead through Sonny Bradley’s header McCormick protected the advantage with a great one-handed stop from Coppinger’s bouncing volley.

Bradley’s goal was one of just two attempts on goal Plymouth mustered all afternoon; the visitors happy to sit back and settle for a point from the off. Credit to them for executing their game plan effectively and taking their chance, but it can’t be much fun to watch.

On another day Rovers would’ve won at a canter; they created the chances and did little wrong, but today it just wasn’t to be.