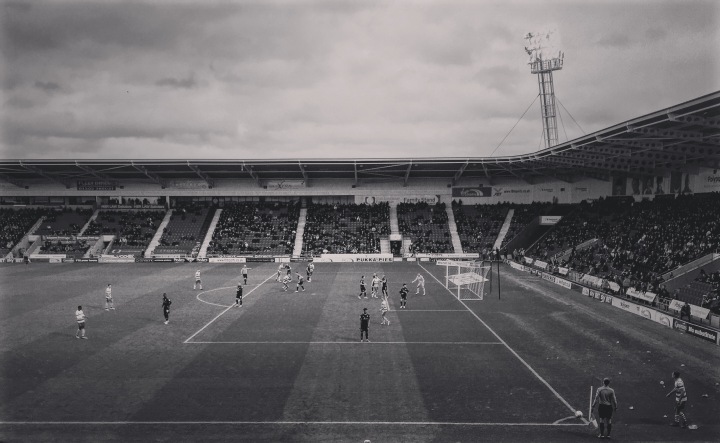 If I had to summarise the season so far, it would be one of lapse defending and injury time goals, so no surprise we had both today. The celebration of James Coppinger’s 500th Football League game for Rovers had many romancing of a vintage performance, a win, and a goal for the legend. Instead we got an uninspiring game with shots on goal a scarce commodity.

It was the first home viewing of the new centre-back partnership, and to quote a seven-year-old ‘That number 18 (Tom Anderson) is horrendous, he doesn’t know what he is doing’. A point duly proven when his man walked past him all too easily to nod in Charlton’s goal. I’ve not been made to feel so nervous by a centre-back since Dangerous Dave Morley.

The only other moment of note in the first half, was the fantastic 26th minute show of appreciation for Coppinger; warmly acknowledged by the man himself.

The second half brought a slight improvement, but Rovers were unable to muster any real shots on goal. The game looked over on 76 minutes as Charlton’s tricky winger danced around Ian Lawlor to leave an empty net, but from nowhere the struggling Anderson made a phenomenal block.

Then, in added time, an unlikely goalmouth scramble saw the ball fall to Luke McCullough 18 yards out; his shot was deflected into the air and Matty Blair stretched to nod the ball past the keeper. A dramatic point saved from a performance that barely deserved it.