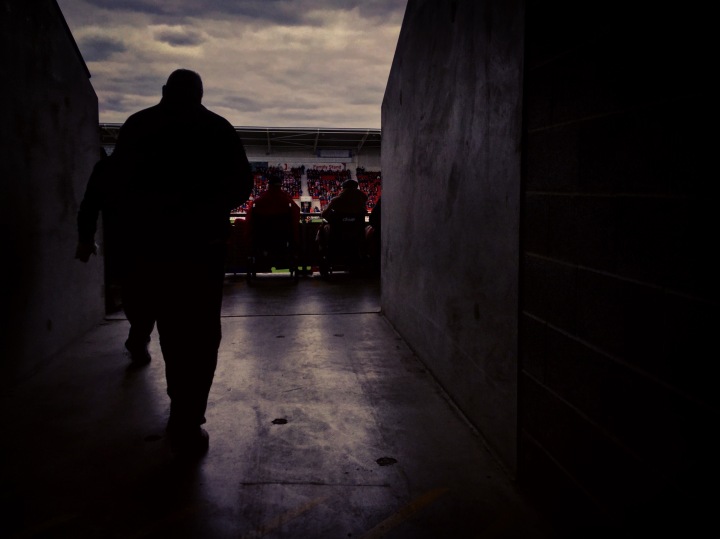 It was all about the narrative as a Darren Ferguson returned to the Keepmoat.

Ferguson, who struggled to hold onto a lead as Rovers manager, saw his side began to waste time; as any team leading 1-0 with only 80 minutes left to play would. This saw Tyler Denton pick up a yellow card and the game kick into life.

On the stroke of half time, a ball over the top saw Malik Wilks (Leeds loanee) break, only for Denton (Leeds loanee) to trip him receive a second yellow. Narrative.

The ever shy Wilks then gave the referee something to think about as he squared up to Ivan Toney after being taken down by the striker. Yellow card each.

Peterborough lost their heads and Rovers took advantage. First, Paul Downing forced Ben White into putting the ball into his own net from a corner before Wilks capitalised on a mistake, rounded the keeper and hit both posts. Of course, John Marquis, Ferguson’s best signing for Rovers, was there to smash home. Narrative.

A bizarre moment finished the game off. With Joe Ward off the pitch already receiving treatment, the Posh keeper, Conor O’Malley, inexplicably threw the ball out of play. Herbie Kane’s quick throw set up Kieran Sadlier who brilliantly volleyed into the top corner his first for the club, against his former one. Narrative.