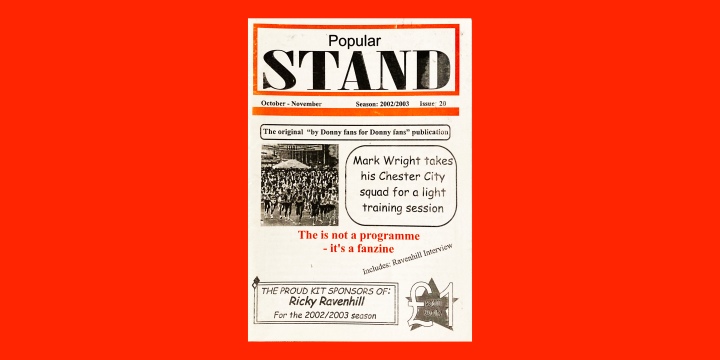 Let me start by saying this is a perfectly true story, and I hope you can make a little feature from it, and you find it as funny and tight-fisted as I have.

A few weeks ago one Friday afternoon I was at work in my shop when one of my regular customers came in and knowing full well what a big Rovers fan I am asked, ‘Do you want a Doncaster Rovers football shirt?’ Of course I jump at the chance. Upon receiving the shirt I find it’s a brand new shirt with the new sponsor Ledger Mobility on the front and number two on the back. Excellent, I think to myself, I could be the first person to wear the new shirt and I even have Simon Marples number on my back.

So then I ask the lady how she got the shirt. Well, she works at the local golf club just down the road in Crowle, which my shop supplies with meat for its restaurant. Earlier that week Doncaster Rovers officials and players and officials had been golfing and stayed for a meal afterwards. The lady in question was one of the waitresses that night. As the evening drew to a close one of the Rovers officials thought it would be a good publicity stunt to give away a couple of shirts to the golf club staff.

So what, you may be thinking, nothing special about being given a shirt. No. But then the following day, the Saturday, Rovers are at home to Sunderland and I go to work proud as punch in my new Rovers shirt, showing it off to all my customers. Then, about 10.30am the phone rings. It’s the golf club. Can someone from Doncaster Rovers have a word with me? It’s the kit man, and he leaves me totally speechless when he asks, ‘Can we have our shirt back?’

‘But, I’ve got it on,’ I reply.
‘Yes, but we need it for this afternoon’s match.’
‘What should I do then?’
‘Well, are you coming to the match this afternoon, and can you bring it with you?’
All this coming from a so-called professional football club. It was laughable. As it happened, for one reason and another, I couldn’t make it to the match and I told him as much.
At that he said, ‘I’ll have to come and fetch it’.

So the next thing I know he’s down in my shop wanting the shirt from my back. Obviously being a true fan I obliged. The funniest part of the story is the fact I then had to work the rest of the day with no shirt on. Try explaining that to every customer who comes in the shop!

To his credit the kit man did say he would get me in the Rotherham game for free, but I never took him up on it. Maybe it might still be on offer for another game if he sees this. If nothing else I hope you get as many laughs from it as I did. And I’ll still be down at Belle Vue cheering the lads on even though they’ve had the shirt from my back.