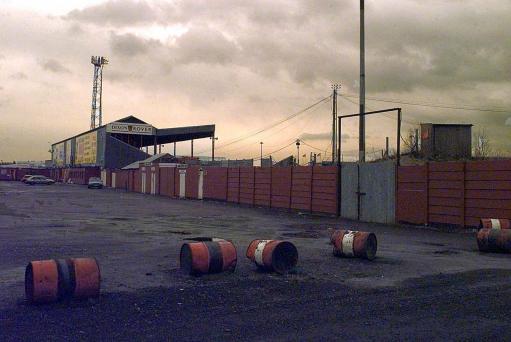 ‘As Danny said, We’re not dead, we’re still alive. But in football terms, you know, we are dead really.’
Lee Warren, April 1998

There have been many things said about Doncaster Rovers’ worst ever season. Insightful things; erudite things even, but even a thousand Shakespeare’s hammering away eternally on a thousand typewriters couldn’t have nailed better than Lee Warren. This was our captain, interviewed on the way to a must-win away game, trying so hard to say captainly things, but ultimately unable to suspend belief long enough to see out a sentence. END_OF_DOCUMENT_TOKEN_TO_BE_REPLACED 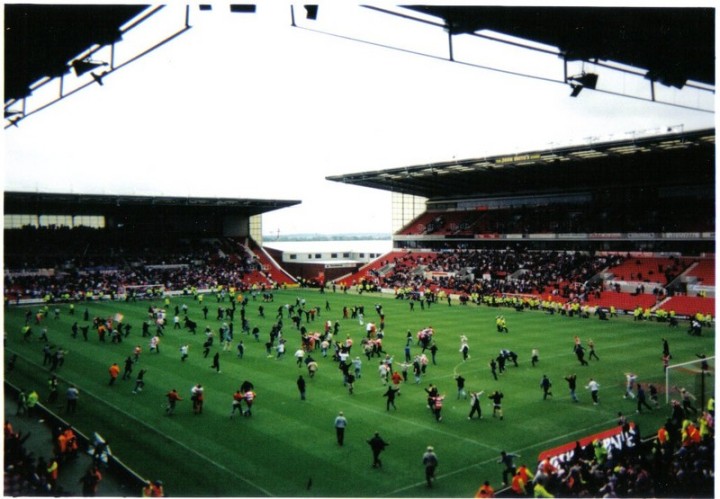 Amongst all the off-field wrangling and boardroom posturing it may have actually escaped your notice that Rovers have a match tonight. And not just any match either as we host our bogey team Yeovil Town in front of Sky’s many cameras allowing viewers across the nation to watch us to capitulate to a solitary strike late in the first half. This isn’t the first time Rovers have hosted The Glovers live on television though; ten years ago a Conference match between the two teams met at Belle Vue was also broadcast live by Murdoch’s satellite conglomerate. END_OF_DOCUMENT_TOKEN_TO_BE_REPLACED

In popular STAND this season we serialised Ray Jest‘s detailed account of the 1973-74 season. Unfortunately, due to print deadlines and copy space we omitted to bring you the concluding part, and so to address that issue we now present the feature in full. Sit back, light up a Woodbine and crack open a Party Seven, here is Ray’s account of Rovers’ 1973-74 season. END_OF_DOCUMENT_TOKEN_TO_BE_REPLACED

Thanks to popular STAND subscriber Wayne Tomlinson who emailed us today to remind us that the 1st May is of course Tristram Whitman Day. Sometimes you forget how far Doncaster Rovers have traveled in just a decade, and as we get set for a second spell in the second tier it is often a little too easy to forget that only 10 years ago we were still a non-league club. It is now 10 years to the day since Rovers hosted Chester City in the first-leg of the first ever Conference Play-Off semi-finals. END_OF_DOCUMENT_TOKEN_TO_BE_REPLACED 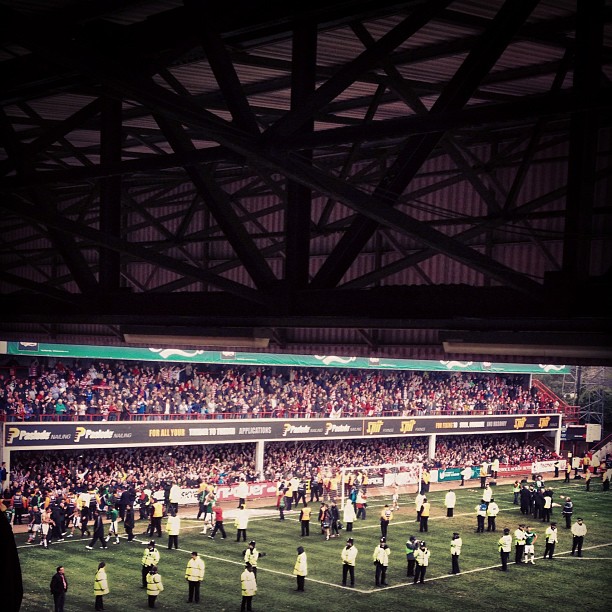 Up high in the Main Stand at Brentford’s Griffin Park at about 5pm yesterday, as I tried to regain my breath and the feeling in my hands and legs I uttered those words quoted in the title of this piece. I’ve seen a lot of football in my life at all manner of levels, and I thought I’d seen everything the game had to offer… until yesterday. END_OF_DOCUMENT_TOKEN_TO_BE_REPLACED