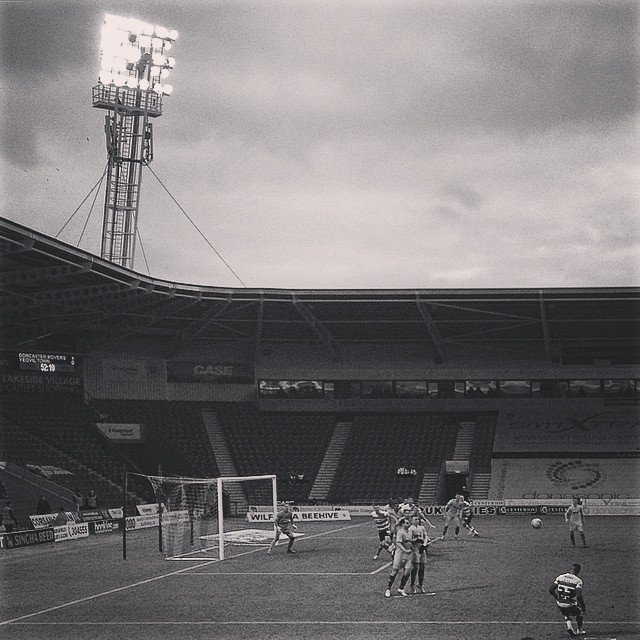 ‘Aye, but it’s Yeovil… we never beat bloody Yeovil’. Thankfully the doom of the old fella I told to cheer up was ill-mongered, as our one time bogey side were despatched for a third time in four meetings.

In control from the off Harry Forrester and Paul Keegan had already seen long-range strikes beaten away by Yeovil ‘keeper Artur Krysiak before Rovers eventually took the lead. Krysiak spilling Forrester’s bouncing strike for Nathan Tyson to pounce and bundle in the loose ball.

Yeovil were having a torrid time; their defenders punting balls into the West Stand with a regularity that suggested they were playing Battleships with the seat numbers.

In the second half came further goals; Curtis Main broke and though a deflection prevented his cross reaching its intended far-post target, bursting into the box was Dean Furman, a stride ahead – both in body and mind – of those around him, to slip the ball beneath Krysiak for 2-0.

Yeovil briefly threatened to pull a goal back, but when coming their closest they succeeded only in opening themselves up for a third Rovers goal. Within thirteen seconds of seeing an effort cleared off the Rovers line by Furman, Yeovil were picking the ball out of their own net. Said clearance fell to the feet of Tyson – who carried the ball at pace from one box to another – before squaring it for Kyle Bennett to slot home.