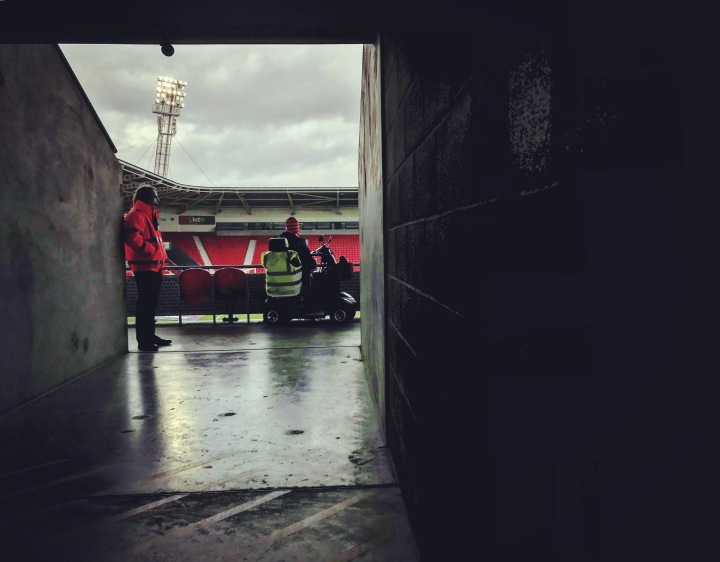 There are two kinds of people in this world. There are those who seemingly revel in misfortune, and will seize on this defeat to doom-monger, and lament players and a manager and tactics that have thus far delivered an excellent two months of football. And there are those who will see it for what it was; an absolute freak of a result.

After taking the lead from a third minute penalty Fleetwood had four further efforts on goal; three hit the back of the net, one almost hit the corner-flag. Ruthless. And you could apply the same word in a different context to their general approach. So constant were the off the ball kicks and late challenges throughout the ninety minutes, so little did the referee seem to care, that it seemed the only way a Rovers player could be sure of not getting fouled was if they had the ball at their feet. They’re ‘clever’ a bloke behind us suggested as Ched Evans dropped to the floor clutching his face after Joe Wright tapped him on the shoulder. Cretinous is the only word for it.

At 0-1, Rovers had two great chances to equalise, with both Wright and John Marquis heading wide when they should have hit the target. At 0-2, another golden chance for Marquis from James Coppinger’s pull-back. Any other game this season it would have been in the net, today it went in the South Stand. That was today. Write it off. Move on. Cheer up.