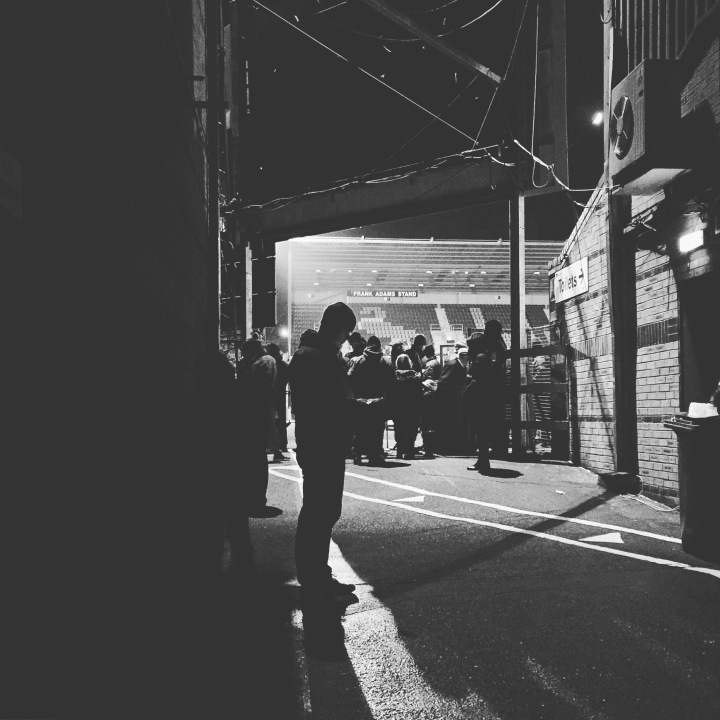 I’m writing this editorial on the day of FIFA’s annual The Best Football Awards. Ordinarily I’d be oblivious to this; not today. But that’s only because they happen to be taking place at my workplace. Right now, as I look out of the office window, tuxedoed men I don’t recognise are being ushered towards a row of photographers, a line of glamorous young women in shiny frocks are being used as window dressing on a staircase, blokes in hi-vis vests are keeping tourists behind distant barriers and an invisible man on a microphone is encouraging anyone who can hear him to ‘get ready to make some noise for Joachim Low’.

‘You must be into this Glen,’ a colleague has just said, breaking my contemplation as to what sort of noise would be appropriate for Joachim Low (a grunt perhaps, a long low death metal growl?) ‘you like your football’. And she’s not wrong. I do like my football. But this isn’t my football. I don’t really know what this is. I just know it involves a shit ton of wiring, glossy branding slapped on anything that isn’t breathing, and a security lockdown so massive I had to traipse ten minutes in the other direction to get my morning coffee.

If I had to guess what FIFA was, based on what I can see from this window, I’d be throwing out words for days before I even entertained the idea of it being in any way related to people booting a ball about. Something corporate and wanky that’s all about money and appearance over substance; ‘Erm… A yacht owners convention… Hedgefund Manipulator of the Year awards… A high-end branch of Foxtons… wait, it’s what? It’s the governing body of football? Give over.’

Occasionally I’ll chance on one of those articles in a Sunday supplement, about a couple worried about how they’re going to be able to maintain their lifestyle and keep paying the mortgage on their second home now they’re collective earnings have dropped below £150,000 a year. And I’ll read that and then I’ll look at the damp patch in the ceiling of my rented flat that costs me most of my monthly salary and I will involuntarily, but very loudly yell, ‘Oh just fuck off will you!’ What’s this got to with the previous paragraphs? Well, I’ve realised this is exactly the same relationship I have with top level club football.

It is an alien world, one in which I cannot fathom how anyone can be in a position to see the monetary figures involved in it as anything vaguely approaching normal. And so I’ve just done with it what I do with those Sunday supplements; I’ve turned the page. I haven’t drifted away from top level club football; ‘drifted’ would suggest it took time, and I was glancing wistfully over my shoulder as I went. No. I screwed it up, lobbed it in the recycling, and closed the lid. To the point where I realised the other day I have absolutely no idea who the current Everton manager is. Not even a vague inkling; can’t even picture him.

What’s often hard to remember, or believe, in the face of such top-heavy largesse is that pretty much every established football club was set up for the same purpose. To provide an opportunity to allow local men, or workers, to play football, and to gain an enjoyment from sport. Clubs were an extension of the community from which they were forged. Go back far enough in the history of any club, from Barcelona to Barnsley, and at its base you’ll find the same sepia tinged collection of elaborately moustached men staring back at you; they were all us.

Now, it’s much harder to tell what they’re for. Especially at the top. You wouldn’t have to delve far into the off-pitch activity of a top flight club before you started to see values being tossed aside like wrapping paper at an six-year-old’s birthday party. Can you still claim to be a football family, when you’ve actively displaced a whole street of local residents to expand your grandstand? Are you really for the community when your matchday tickets start at £65?

Mercifully, in South Yorkshire at least, two football clubs – ourselves and Barnsley – are much more in tune with what it means to be a club that’s still part of the community from which it sprung. Up the road Barnsley earned national respect last month for offering free sanitary products in Oakwell’s female toilets, and for their chief executive writing unprompted to a fan having trouble with his mental health. Here at Rovers, recent weeks have seen the club open up a special autism quiet room at the stadium, and do all they can to help two recently bereaved families of committed club supporters.

Small gestures all of them, but ones that give a club the kind of warmth of connection with its community and fanbase that a successfully acquired official global tyre partnership never could. We’re a long way from seeing the players we cheer for of a Saturday tred the red carpet at an extravagant FIFA Awards ceremony any time soon, but you will probably spot them in Yorkshire Wildlife Park with their families. And they’ll probably say hello. And there won’t be a man on a microphone asking you to make some noise for them. And I think we should all be more thankful for that.

This is the editorial for issue 96 of popular STAND fanzine. Copies of this edition are still available and we’re happy to post them anywhere in the world. Simply fill in the form on our ‘back issues’ page.