It’s 19 years since I left Doncaster but I’ve not lost the accent. Nor have I lost that ingrained sense of pragmatism that comes with growing up in the town. So before the fixtures had even been released for the current season I’d come to the terms with the fact I was unlikely to see Rovers play in it. I haven’t had a season ticket in a decade, I live 200 miles away. If there’s to be a pecking order I’m lower mid table at best. END_OF_DOCUMENT_TOKEN_TO_BE_REPLACED

It’s almost 13 years since Doncaster Rovers moved to the Keepmoat Stadium, and yet, whenever I’m prompted to think about watching Doncaster Rovers, my mind still goes to Belle Vue. END_OF_DOCUMENT_TOKEN_TO_BE_REPLACED

What makes a good football ground? That’s the key question addressed by Glen Wilson and Jack Peat in the 15th episode of the popular STAND podcast, podular STAND, as they discuss the good, the bad, and the ugly of UK football grounds.
END_OF_DOCUMENT_TOKEN_TO_BE_REPLACED 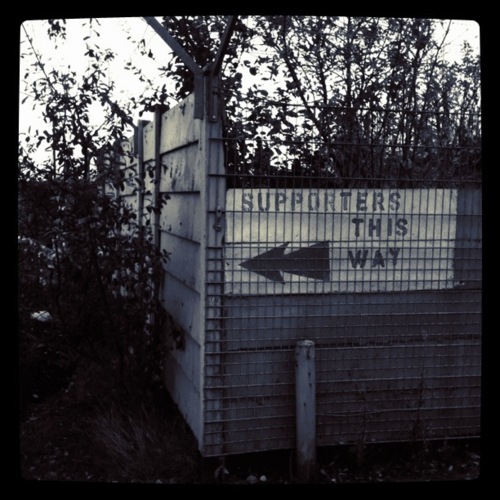 Theo Streete played just ten matches as a professional footballer. His is the sort of blink and you miss it pro career that in most instances would fade away everywhere but a listing in a tattered Rothmans Annual. Not Streete however, instead he has an eternal residency as a footnote in South Yorkshire sporting history. That is because one hour into a match in late December 2006 he took an ambitious pot shot on goal from out on the right wing, and through doing so became that last ever goalscorer at Doncaster Rovers’ Belle Vue ground.

END_OF_DOCUMENT_TOKEN_TO_BE_REPLACED

I’ve mentioned this before in these pages, but a couple of years back I was in a pub when I noticed the television above the bar showing a Rugby League match. There was no sound, but the anchor and pundits were rolling through their pre-amble in front of backdrop of red seats and newish concrete; I gazed for a good couple of minutes wondering where they were; Salford perhaps? Maybe St Helens. Wakefield? One wide-panning shot later I clocked it. They were at the Keepmoat. END_OF_DOCUMENT_TOKEN_TO_BE_REPLACED