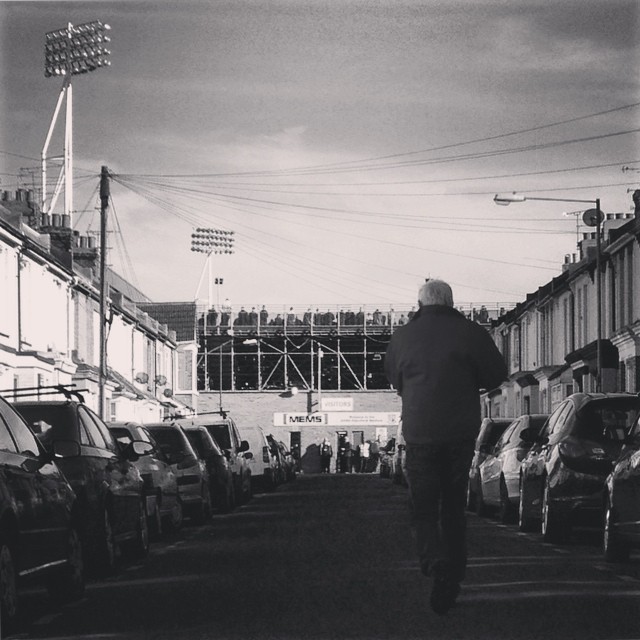 You hear ‘goal out of nothing’ often at football matches; rarely has it been more fitting than Rovers’ opener here. The surprise at Harry Forrester’s free-kick finding the net being emphatically magnified by the forty minutes of vacuous wind-disrupted nonsense of twenty-two men repeatedly failing to control a football which had preceded it.

From our position, perched atop a pile of scaffolding masquerading as a football stand, Forrester saw his 40-yard free-kick towards the six-yard box carried over Stuart Nelson’s head by the wind. Forrester however claims he meant it, but what would you expect? Talented footballer he may be, but when they were giving out humility Forrester was busy in the narcissism queue asking for second helpings.

The lead didn’t last long with Gillingham levelling just before half-time. Doug Loft’s free kick was whipped toward the near post and John Marquis beat the crowd to nod it home. “The Marquis of Priestfield” is how the man on the tannoy announced the scorer; people have been hung for less.

In the second half Rovers fashioned the better chances; Forrester brought a good save from Nelson and Curtis Main should have done more with Andy Butler’s nod-down than toe-poking it down Priestfield Road. But this wasn’t football as we knew it; the wind ensured a flat atmosphere, an ever air-bound ball and a near guarantee that any goals scored would come from set-pieces. All things considered, returning from this micro-climate with anything other than a defeat can be considered an achievement.