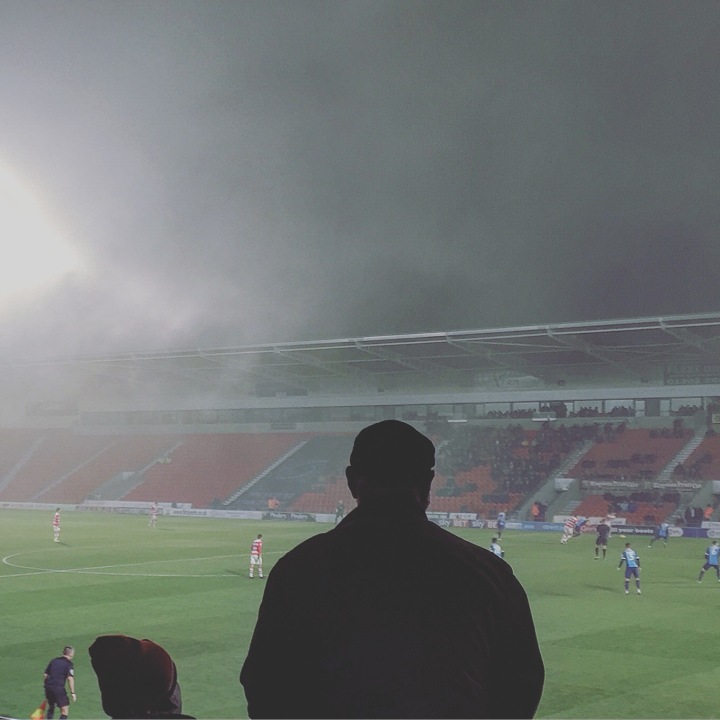 With a return to winning ways at Plymouth at the weekend, and the everlasting sense of pride at the performance at the Emirates, the Keepmoat had a more confident feel about it on a misty Tuesday night.

A bright start created plenty of chances, including one for Tommy Rowe who somehow contrived to miss when it looked easier to score The first half an hour was largely dominated by Rovers, with long spells of attacking, free flowing, intricate play, that were finally rewarded with a goal on 35 minutes. Rodney Kongolo’s cross reached John Marquis who teed up Rowe to drive the ball home from 20 yards.

However, the goal woke up Shrewsbury, and just a minute later Joe Riley emphatically slammed in an equaliser.

The second half was a more even affair, even though neither team really grabbed hold of the game. That is until deep into five minutes of stoppage time when the Shrews found a winner as the Rovers midfield and defence momentarily forgot how to put a tackle in and let substitute Arthur Gnahoua run across the 18 yard line and release a shot to beat Marko Marosi, who had replaced the injured Ian Lawlor moments earlier.

A bitter taste left in the mouths of fans flooding into the night. Not the worst performance by a long way and Rovers did deserve something from the game, but a record of two wins from 10 needs to be improved upon as ultimately it’s the results that matter.